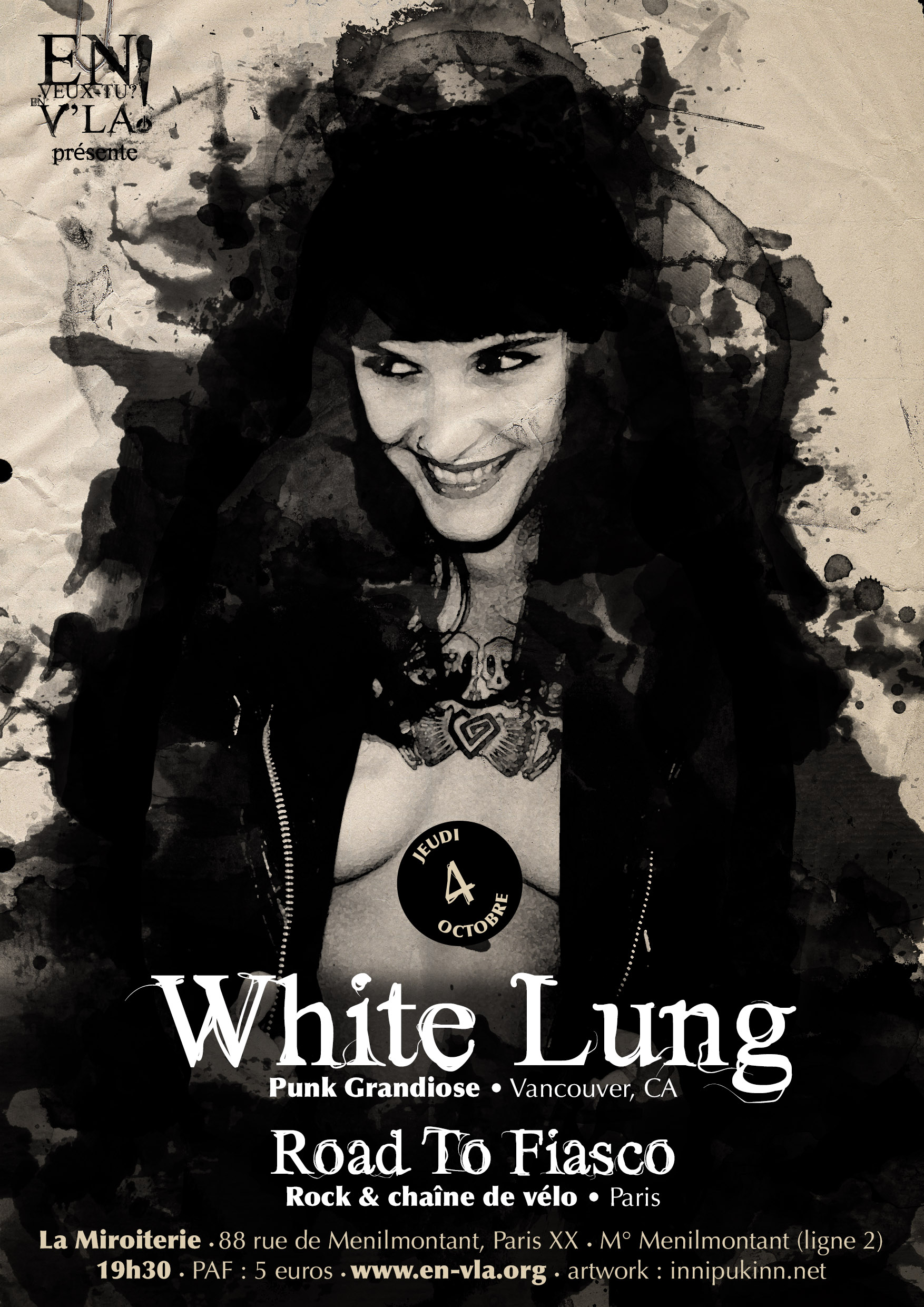 “No Fun City” sounds more like a place where punk goes to die than grow. The grim phrase served as an unfortunately apt title for a 2010 documentary film on Vancouver’s crippled DIY music culture– the same scene where the city’s latest pummeling export, the riot-grrrl-indebted four-piece White Lung, came up. When I dial the band’s explosive frontwoman, 27-year-old Mish Way, she somewhat confirms her city’s venue troubles, naming only a handful of show spaces: a couple old bars, a skate shop (Antisocial), a record store (Zoo Zhop), a converted movie theater (The Rickshaw), and one smoky late-night punk venue, Alf House, where White Lung filmed a recent video.
Describing her band’s Downtown Eastside practice space, though, Way mentions the many groups with whom they share time: Nü Sensae, Peace, Vapid, Defektors. From a distance, at least, it seems issues of space have not halted this punk community’s creative output. After all, White Lung made their sophomore album Sorry– a hellish melodic punk barrage with unabashed nods at Hole and L7– in their hometown with local studio vet Jesse Gander right after he recorded Japandroids’ Celebration Rock. (Stream Sorry in its entirety above.)
White Lung have spent the past several years on DIY punk tours of North America– Way describes a particularly memorable “disgusting punk bar” in Charlotte, North Carolina, with original Black Flag and Bad Brains graf on the walls, where her bandmates could “just feel” GG Allin’s spirit. Next month, they depart for a proper European outing, dates for which are below the following interview with Way, who was at her apartment in Vancouver’s Mount Pleasant neighborhood when we spoke about Courtney Love, disgusting diseases, and how serial killers and hate-fucking inform her abstract, feminist lyrics.